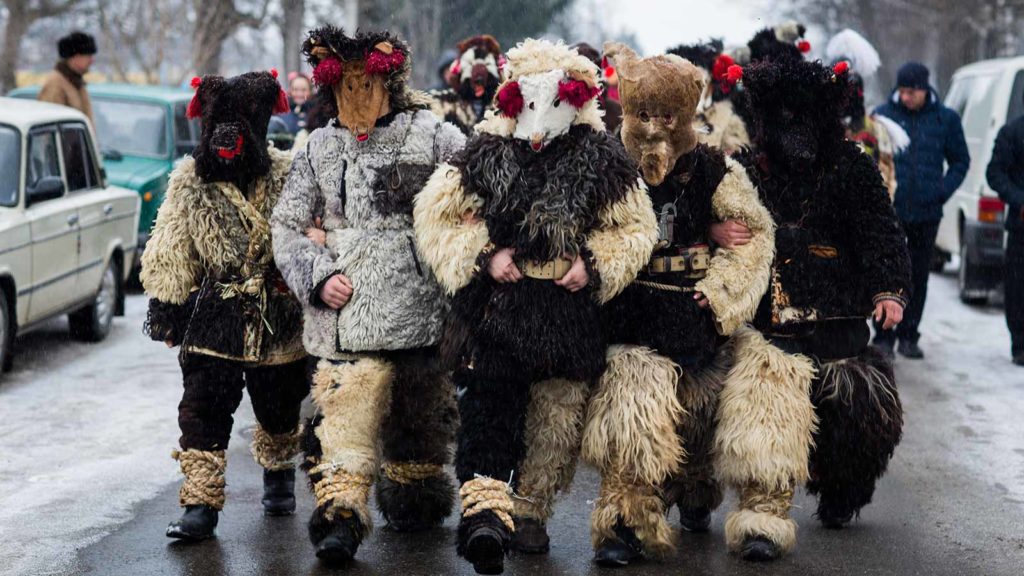 The holiday season is just a few weeks away. As we approach the start of the cyclical winter wonderland there are certain traditions that many of us just can’t go without. Everyone celebrates the holidays a little differently. Some folks are guided by their faith, others by their family and cultural heritage. Some mainstays are more secular while some are exclusive to certain countries or even just one town. So before you start sipping eggnog or run to buy the yearly ugly Christmas sweater, lets take a look at some unique holiday traditions from around the world.

Taking place at the winter solstice, the Dongzhi Festival is popular among many East Asian cultures as a celebration that looks forward to spring. Dongzhi means the extreme of winter, and as we move away from the harshness of the season, people can take heart that the days will grow brighter and the weather warmer. This tradition began during the Han Dynasty, and like many cultural celebrations from around the world, it was an opportunity for families to come together and stave off the dark cold of winter with food, music, and company. Lamb dumplings, mutton soup, and daikon are traditionally served along with tangyuan, or glutinous rice balls. The tangyuan is filled with sweet sesame or red bean paste and served with warm ginger syrup.

Noche de los Rabanos translates to Night of the Radishes. Celebrated in Oaxaca, Mexico, this three-day long festival starts on Dec 23rd. This festival goes all the way back to the Spanish colonization of the region in the late 1500s when radishes were first introduced to the region. Local lore says that it was two Spanish monks who encouraged the locals to carve radishes into enticing shapes to make them more appealing to potential buyers. This led to the radishes being carved into Nativity figures during the Christmas Vigil market. It would not be until the late 1800’s that the tradition would be formalized, bringing horticulturalists and artisans alike together to create some truly stunning folk art. The competition draws quite a crowd every year, with thousands filing into the town square to get a look at these wonderful creations.

Þorrablót, or Thorrablot, was originally a pagan festival celebrated in Iceland before Christian missionaries began to convert the isolated island. This mid-winter festival was a time of worship and celebration of the gods, especially Thor, and took place during the fourth month of the winter, or Þorri. Blót means blood sacrifice, or to worship with blood sacrifice, and often included a sacramental feast as a part of the ritual. However, modern celebrations look more to honor these ancient festivities rather than directly repeat them. The festival was revived with songs, games, and traditional dances, along with a truly gut-busting menu of boiled sheep’s head, (svið) pickled ram’s testicles, smoked salmon, sausage, dried white fish, and the Icelandic delicacy hákarl, otherwise known as rotten shark meat. Wash it all down with brennivín, a potent 37.5 percent alcohol, and you’ll be ready to party all night long.

Wassailing is a tradition that goes back to the 1300s and beyond wherein a group of rowdy revelers would go door to door, loudly singing until they were offered a hearty drink from the occupants. The Welsh tradition takes this one step further, adding a battle of wits with a rhyming dead horse to the equation. Mari Lwyd’s origins are up for debate, with some believing this to be the remnants of a long-gone pagan custom, while others think it may have originated from the medieval Feast of the Ass, celebrating the beast that carried the Virgin Mary and the unborn Jesus. But whatever her origin, the practice of carrying the Mari Lwyd certainly adds a bit of morbidity to the merry season. Revelers in Scotland take a horse skull and decorate it with ribbon and baubles, carting it around on a stick as they hide under a cloth. When they arrive at the door, the occupants are challenged to a rhyming battle, or a pwnco, that must continue until one or the other falters in their verse. The loser, which in good spirits is meant to be the homeowner, will then accept their loss and invite the revelers in for a drink and a bite to eat. One can only imagine that the riddles must have gotten more difficult to complete once you got past the first row of houses.

Many have tried, but only the strong survive. While many of these festivities stem from cultural heritage or history, Whamageddon is a tradition birthed in the modern era. We all know it’s officially the Christmas season when you cannot escape the sound of holiday music being played over the intercom in every mall. But there is one song, one tune dreaded by everyone who participates in this yearly challenge. Starting on Dec 1st and continuing until Dec 26th, the goal is to avoid hearing the 80’s holiday bop Last Christmas by Wham. This task is much more difficult than anticipated, as radio stations and convenience stores have a rotation of tracks they play throughout December. At any moment, it could strike. And the moment you hear that synth introduction you’ve already lost. Some people take the challenge very seriously, even wearing headphones to avoid being surprised. It’s a long long road to the day after Christmas, but the bragging rights are worth the effort.