The Hidden Lives of Tudor Women

The Hidden Lives of Tudor Women 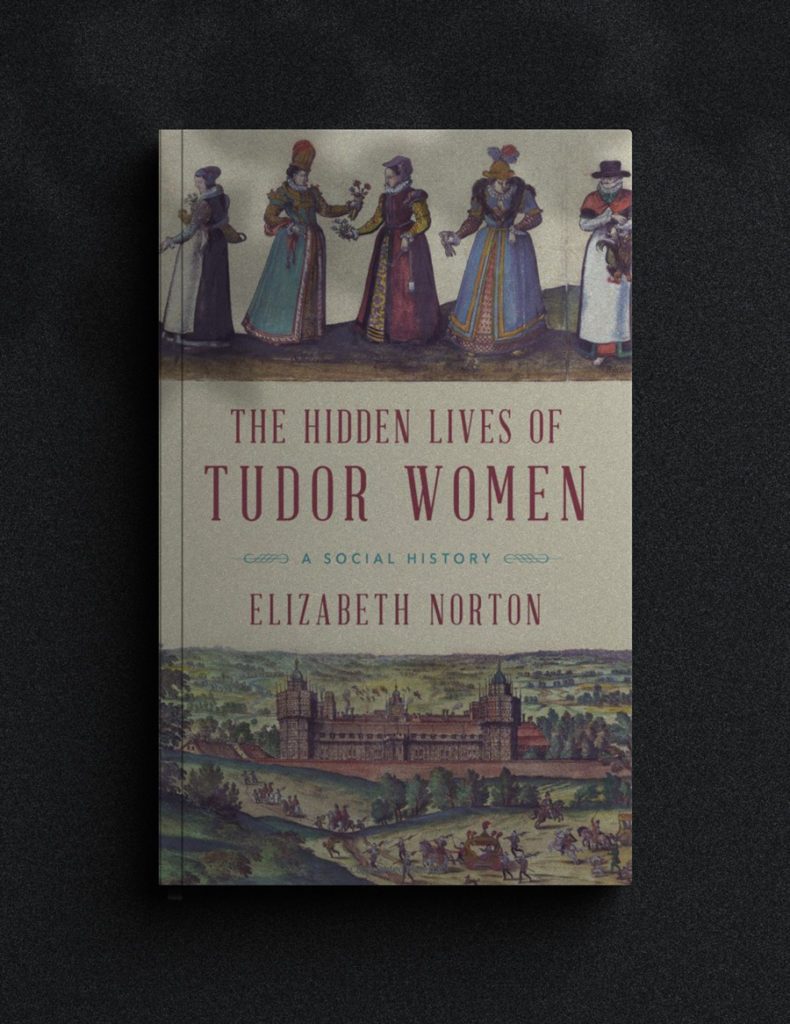 History is an endlessly fascinating subject. I’ve often thought it much maligned, especially given how much there is to be explored. Pick a time period, any time period, and imagine you could interview a hundred thousand people across the world rich or poor, young or old and ask them what it was like. You would never hear the same story twice. Each individual would give you a vivid recollection of reality beyond political and religious lines. You would hear history in the vein of those who’s biggest worries were where tomorrow’s meal was coming from, not who won a war or what royal was sitting on the throne. History is told from the perspectives of the ruling class, and this means that the ones who were most affected by their decisions are marginalized. You hear much talk of “the people”, and very little from the people themselves.

Among the overlooked populace are those dubbed ‘the fairer sex’. Women (contextualized as such by gender norms of the time) existed as footnotes for much of history, if they were mentioned at all. The existence of well-known queens and rulers does not abate their absence, and with this in mind, we begin to realize we have only ever really been allowed to know a percentage of history. Often the role of the woman is considered unimportant, relegated to their name on the family tree and a factor only if we intend to see who they birthed. This is why I decided my first book review would be The Hidden Lives of Tudor Women by Elizabeth Norton.

In Shakespeare’s “The Seven Ages of Man”, the bard neatly tucks all of humanity into seven stages from birth to death. It is a bold assertion of the ways in which man’s fate may manifest, and how he may well meet his doom by slipping into a ‘second childhood’ wherein he is dependent upon the goodwill of his family to ensure his wellness. While good ol’ Will mentioned women briefly, it is clear that the intention of his poem is concerning man’s life, with women’s roles not being his forte. The author Elizabeth Norton references this poem as well, showing how her book will serve to fill in the gaps and offer some insight into how a Tudor woman’s life exists, independent yet inextricably linked in with those of the men who all too often held her fate in their hands.

Norton does an excellent job utilizing both historic women of note and those who’s names would not exist in memory were it not for them being documented legally in court. She starts with Elizabeth of York, taking us back to the beginnings of the Tudor era. With this introduction to a woman’s viewpoint of The First Age, she discusses pregnancy, babies, and the beliefs surrounding both. Religion mixed liberally with folk superstitions and long-held traditions, resulting in some rather unique patterns concerning pregnancy and postnatal behaviors. My personal favorite being the 44 day difference between when a male or female fetus was considered to have a soul!

She covers much of the expectations heaped upon a woman during her pregnancy and what she could expect to undergo. While we have a better recollection of the lie-in’s insisted upon to the wealthy and noblewomen of the age, Norton gives us a glimpse into what could befall a woman without so much at her beck and call. Mortality rates were high for the mother and child alike. Midwives were a necessity for women of all ranks, so much so that this was among the few professions a woman could undertake on her own. Alice Massey was a high-quality midwife, given that Norton says she had lost none of Queen Elizabeth of York’s babies at birth and was well paid for her expertise. Midwives were even permitted to baptize infants who seemed unlikely to survive, a major concession for a patriarchal and majority Catholic society. During The First Age, Norton gives us a look into what was expected to be provided to a young child, from nurseries to clothing, toys to educations. Apparently, the importance of such was so great that even notoriously frugal Henry VII loosened his purse strings to ensure his children had what they needed!

My favorite part of this book is its divergence from the main narrative which provides us with an expanded understanding of the social expectations of the day. Delving into legal precedent and public opinion gives us a better sense of context concerning the individual lives we are reading about. During The Fourth Age, we hear much about the life of Katherine Fenkyll, a shrewd and heartily capable businesswoman who made herself an indispensable part of trade in London despite never being officially allowed as a part of the Drapers Company (a sort of trade guild). But as we talk a stroll through her canny dealings and partnerships, we also gain a greater understanding of just how rare a woman like Katherine was in the 1500s.

The expectations for women were all but set in stone. Marriage and motherhood were the roles one was meant to fulfill, as well as standing in support of their husband’s ventures in the most submissive and dutiful way possible. However, a clever woman found methods by which to survive, and there were professions that were almost exclusively held by women. Some were more reputable; such as the midwife or the dressmaker, whereas others were libel to run one afoul of the local courts. None the less, prostitutes and cut-purses have always existed in society. And while London was fairly conservative as to their views on both, Norton claims that a prostitute, once exiled from London, could still find herself a tidy business in one of the neighboring towns. Indeed an hour in the pillory would seem a fairly light sentence compared to a public whipping.

However, it would be a mistake to assume a woman could not show the same ruthlessness as a man when in need of finances. Court documents show women accused of pick-pocketing, theft, arson, poisoning, and many other crimes which were often seen as unusual given their sex. However, women had a trump card they could play, which might save them from the hangman’s noose, even if briefly. A woman could ‘plead the belly’, professing pregnancy to avoid a death sentence. Some crimes were almost exclusive to women, such as ‘scolding’ which could be punished with anything from serving penance to a dip in the cucking stool. This serves as a reminder as to how social structures were used to hold women fast in their place. Just because one rises above the squalor does not mean others cease struggling in the mud.

Norton’s book balances perfectly between the vivid telling of some of history’s most notable female figures and the stark reality of how women of the times were pushed to their limits. This exploration of women throughout the Tudor era gives us a wider view of the changing social strata between 1485 and 1603. It pushes the reader to truly understand how life must have been for the women surviving and even thriving under such conditions, not to mention how little it has changed in some lights. Well worth a read, you can pick up The Hidden Lives of Tudor Women by Elizabeth Norton at Amazon.

Friday, December 20th, 2019 we will explore Renaissance periods around the world