The Dark Side of the Holidays

The Dark Side of the Holidays 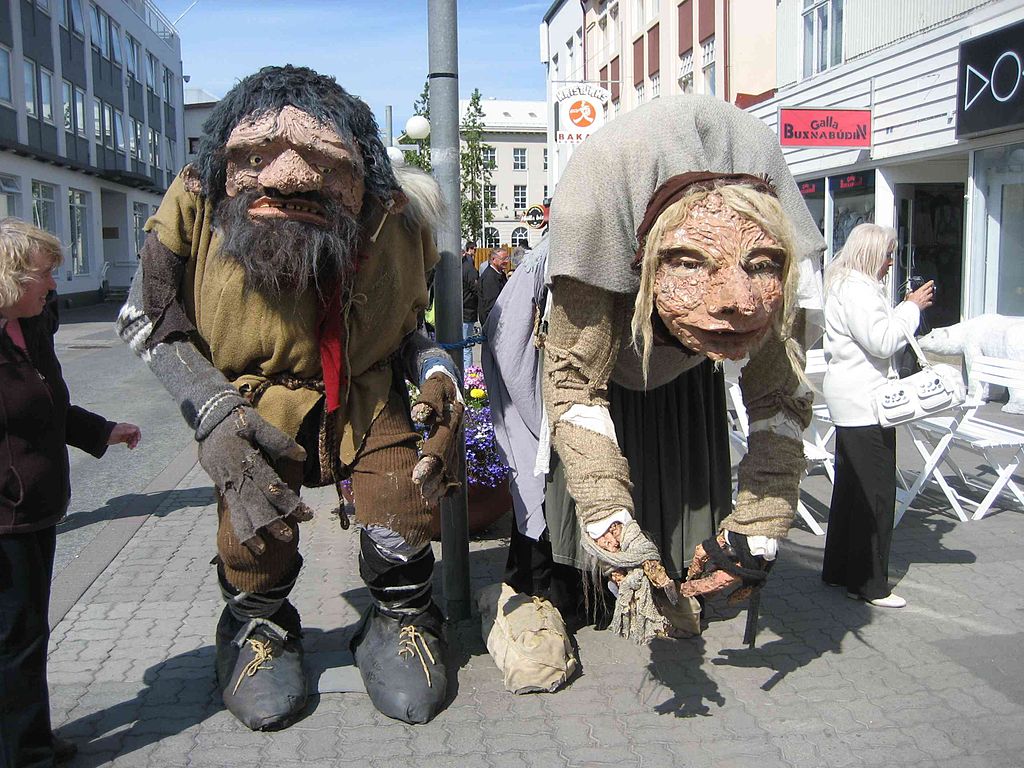 We live in a world full of diverse and wonderful traditions. While the Christmas we know and love is a fairly modern concept in the scope of history, many of its traditions and figures have been around in one incarnation or another for much longer. Entities like Santa Clause and Krampus are among the most popular right now, but in many European countries, there are localized entities who walk side by side with these noted masters of naughty and nice.

The custom of wassailing goes all the way back to the Norse customs of hospitality, but this skeletal horse on a stick can be traced back to the early 1800s in South Wales. Mari Lywd is one of a host of comical merrymakers who wandered door to door in the community, singing songs and demanding to be wined and dined before they moved on. The owners of the house would sing back, each side coming up with excuses to deny or allow entry until finally the hosts give up and allow the guests to come in for a feast. The origins of Mari Lywd are a subject of some debate, with some historians believing it to be the remnants of a long-deceased pagan tradition, while others insist that she represents the donkey that Mary rode on the way to Bethlehem. But however she came to be, this strange skeletal mare is a beloved figure throughout much of Wales and England to this day.

One of a slew of wraith-like creatures and winter witches said to haunt the snowy wilds, Frau Perchta is also known as “Spinnstubenfrau” or the Spinning Room Lady. She is generally depicted as an old crone with a nose made of iron and a long knife or sickle hidden under her robes. The good Frau Perchta has a bit of a temper when it comes to domestic chores. If she finds you’ve left your knitting undone or your sewing a mess before the festivities begin on Twelfth night (Jan 6th), she’ll set fire to them and likely your house in the process. And should you forget her annual bowl of porridge, she’s may steal into your bedroom, slit your belly open, and replace your innards with rocks and straw!

It seems a strange thing, doesn’t it? A giant cat with glowing eyes that devours you if nobody was kind enough to give you socks under the tree? Well like many Christmas cryptids, there’s a deeper and more communal meaning to the mythology of the Yule Cat. For a time in Iceland, the production of wool of was utmost importance. As such, the care of the sheep, carding, and production of wool was a communal responsibility. When your family worked hard and met their quota, they were guaranteed a portion of the product to take home and make their own warm clothing with each year. By this notion, lazy or unproductive folks wouldn’t get enough wool to clothe their family, which put someone at risk of being drug off and eaten by this cruel kitty. To this day giving wool socks as a Christmas gift remains a steadfast Icelandic tradition. Betcha grandmom’s knitted socks are starting to look pretty generous right about now.

The mischievous sons of Gryla (giantess witch) and Leppaludi (her lazy husband), the Yulemen tread the line between benevolence and malice. Some like Pottaskefill (Pot-scraper) merely sneak around and eat your leftovers, while others such as Ketkrókur (Meat-Hook) carry around a large hook with which to drag off meat for dinner. To those who are more permissive of their pranks or if they find a child who is well behaved, the Yule Lads can be quite generous, leaving behind toys and gifts. Displease them at your own risk, for they’ve been known to leave rotting potatoes or worse, tell their mother Gryla who will come down to boil the offending person alive in her pot.

For all you Witcher fans out there, know that the Wild Hunt goes back much further than the game. With folklore that spans across countries, this frenzied rabble of mythology has included everyone from Frau Perchta to Odin, various members of the faerie courts, and even biblical figured such as King Herod or the Devil himself. Said to hunt the souls of the dead, or on occasion humans who made the mistake of wandering about, the Wild Hunt and its members symbolize the archaic roots of many winter traditions. There has always been a need to drive away the cold and darkness with a warm fire and good company, and to combat the more brutal aspects of nature with the comfort of family and friends.

These are far from the only twisted and unusual beings that were said to roam about during the winter months of the year. Feel free to trade in your tradition of “Twas the Night Before Christmas” (link) with a frightful story about how your cousin once escaped Gryla’s clutches, or how your grandmother once tricked Belsnickle into giving her all his presents. Nothing thrills like a good bit of home-spun holiday horror before sending the kids off to bed for the night.